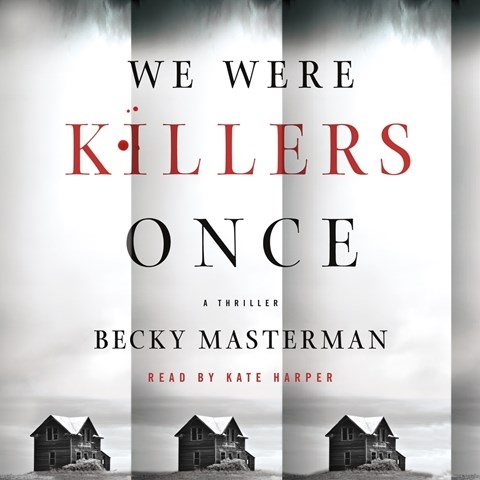 WE WERE KILLERS ONCE Brigid Quinn, Book 4

Narrator Kate Harper is the new voice of the Brigid Quinn mysteries. In this thriller, which can be listened to as a stand-alone, two storylines converge. The first involves the relationship between ex-FBI agent Brigid and her husband, a professor, and the second follows a drug dealer just released from prison. This is no ordinary ex-con, however; when Jerry was a teen, he spent some time with Perry Smith and Dick Hickok, the killers profiled in IN COLD BLOOD. Harper chooses a slow pace for the audiobook, matching Brigid's incremental discovery of Jerry's past and why he has befriended her husband. Although her portrayals of the women outshine those of the men, overall, Harper's delivery is natural and expressive. C.B.L. © AudioFile 2019, Portland, Maine [Published: AUGUST 2019]