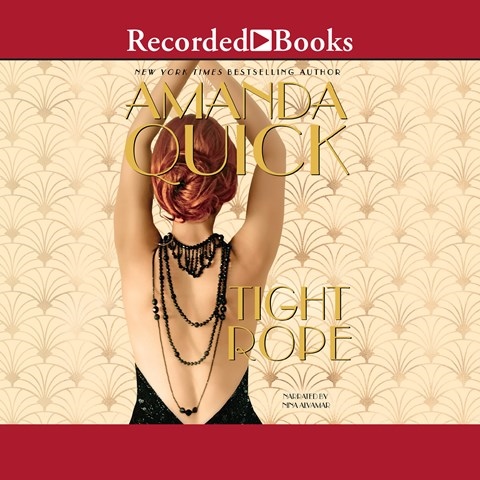 This audiobook features a 1930s setting. Listeners immediately feel the tension as a crazed murderer chases trapeze artist Amalie Vaughn, forcing her to climb to her near death. After escaping, Amalie ends up in the small town of Burning Cove, where she owns a bed-and-breakfast with her aunt. Narrator Nina Alvamar gives Amalie a steely voice that reflects her determination to make a success of her new venture, especially after one of her guests is killed in front of the audience during a robot demonstration. Matthias Jones is tasked with the investigation of the murder and the disappearance of a prototype cipher machine. Alvamar brings out the passion that erupts between Matthias and Amalie as the two are thrust into danger. S.B. © AudioFile 2019, Portland, Maine [Published: AUGUST 2019]