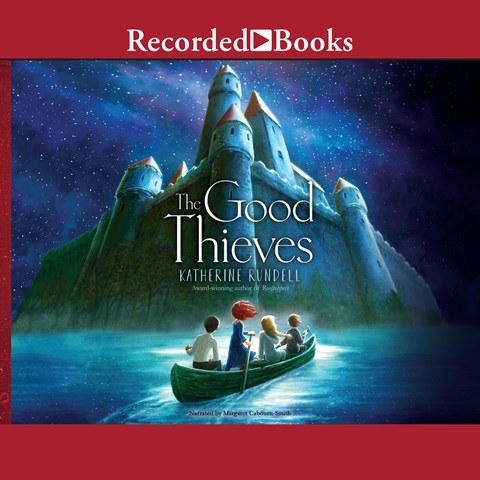 Margaret Cabourn-Smith gives a mesmerizing performance of this exhilarating heist story set in Prohibition-era New York City. Vita sails from England to visit her grandfather after he has been swindled out of his crumbling family mansion by a mobster. Listeners hear her indignant determination as she bands together with a young pickpocket and two circus apprentices to steal back a valuable emerald taken from the mansion. What follows is a thrilling, nonstop adventure about four kids who try to outwit the con man and his gang. Cabourn-Smith treats listeners to a wide array of voices and accents to portray British Vita and her mother, the Russian animal trainer, the Irish orphan girl, shouting newsboys in the street, and the New York thugs. S.C. © AudioFile 2019, Portland, Maine [Published: OCTOBER 2019]