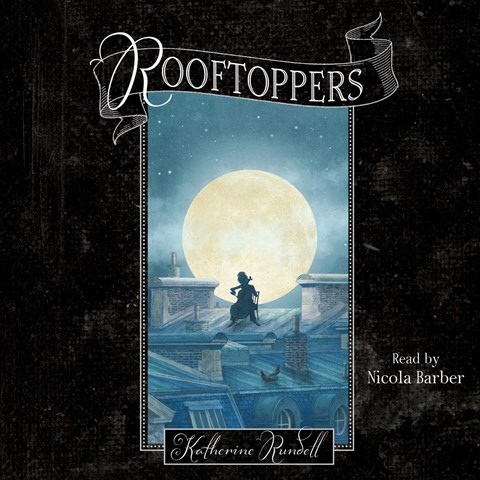 Sophie is a shipwreck survivor, found floating in a cello case in the English Channel. With no clue other than the case, she and her unorthodox guardian set out to find Sophie's mother, who is presumed dead. Employing believable accents and creating engaging characterizations, Nicola Barber takes listeners on a linguistic flight of fancy that moves from staid England to the dreamlike but treacherous rooftops of Paris. There Sophie enlists the help of Matteo, a young scamp, and his ragtag band of homeless "rooftoppers." Barber transitions seamlessly from Sophie's earnest, determined tone and English accent to the polite discourse of her guardian and the unrefined yet cosmopolitan French spoken by the rooftoppers. L.T. © AudioFile 2014, Portland, Maine [Published: FEBRUARY 2014]