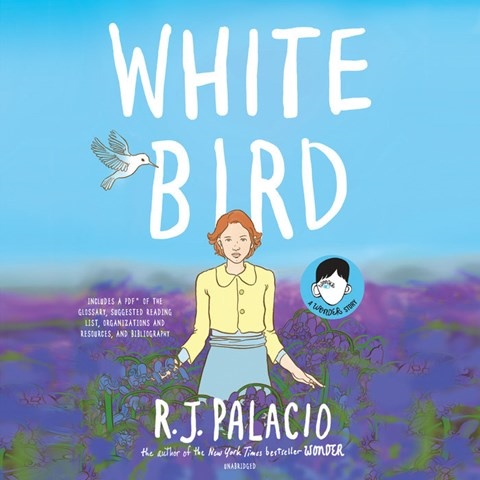 An ensemble cast speaking French and English brings this graphic novel to life on audio. Fans of WONDER will recognize Julian as his grandmère Sara tells the story of his namesake, a boy from her childhood in France. In 1940, when Nazi soldiers arrive at her school to take the Jewish children, Sara hides and is rescued by a bullied, crippled classmate named Julien. Music and sound effects increase the drama, although it may be too intense for some listeners. For example, we hear the blows as one character is beaten, a wolf growling and a child's screams as he is mauled to death. The sound of gunshots is particularly harrowing in another tragic scene, but this is overall a powerful and ultimately hopeful audiobook. S.C. © AudioFile 2019, Portland, Maine [Published: OCTOBER 2019]