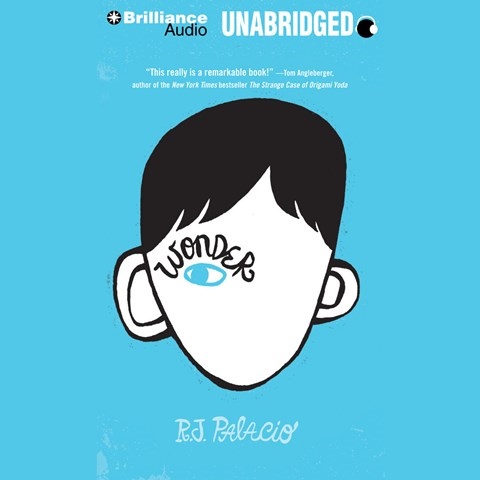 August has severe facial abnormalities. Until now he’s had too many health issues to go to school. He’s unsure about starting fifth grade because people have always recoiled at the sight of him. Diane Steele’s sweet, raspy characterization echoes his strength and vulnerability. WONDER is told from six points of view, starting and ending with August’s own. Several chapters in the middle are from the perspectives of his sister and friends. Kate Rudd and Nick Podehl narrate these chapters adroitly. On the other hand, multiple narrators means multiple characterizations of each character. In dialogue the narrators each give the same cast of characters different accents and attitudes. It’s slightly disorienting. Regardless, WONDER is an incredible story. A.M.P. 2013 Audies Finalist © AudioFile 2012, Portland, Maine [Published: MAY 2012]