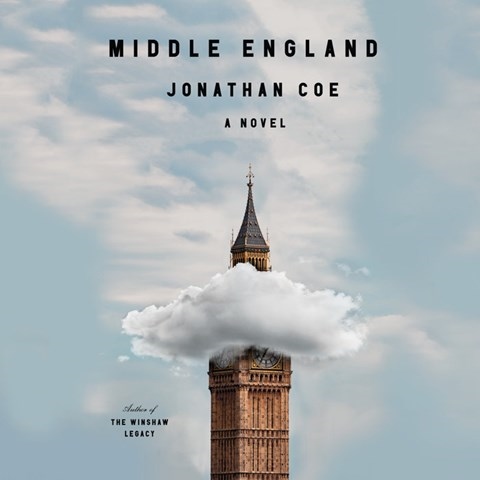 This novel explores racism, political correctness, the changing British economy, and the Brexit vote in Middle England. Thanks to the author's humor and empathy, combined with the charming narration of Rory Kinnear, the audio experience is absorbing and even joyful. Kinnear creates multiple distinctive characters, including Benjamin, semiretired, diffident, and still working on his million-word novel (with music!); Benjamin's niece, Sophie, an academic who runs afoul of a self-righteous activist student; and Doug, a bullish and leftist columnist who is unexpectedly dating a Tory after divorcing. Kinnear expertly conveys Coe's absurdist wit as evidenced by the feud between two clowns who entertain at children's parties, a Booker Prize nominee and guest lecturer on a cruise ship who presents a long list of demands, and Doug's sparring with a political communications director who willfully misunderstands every question he asks. A.B. Winner of AudioFile Earphones Award © AudioFile 2019, Portland, Maine [Published: AUGUST 2019]