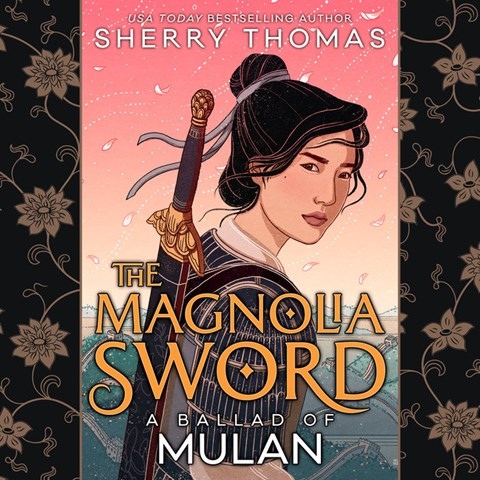 THE MAGNOLIA SWORD A Ballad of Mulan

Narrator Emily Woo Zeller delivers an engrossing performance of this historical retelling of the Chinese "Ballad of Mulan." Ever since the death of her twin brother, Mulan has trained in his place to win the duel that every generation of her family must fight in order to reunite a pair of treasured heirloom swords. But when the emperor demands that all families send a soldier to fight in the war, she doesn't hesitate to fight in her injured father's stead. Her exceptional martial arts skills place her on an elite team under the command of the very handsome, very secretive princeling. Zeller's crisp Chinese pronunciation, distinct voices, and slow-burning intensity create an approachable and immersive narrative of a familiar story with a unique twist. A.K.R. © AudioFile 2020, Portland, Maine [Published: MARCH 2020]