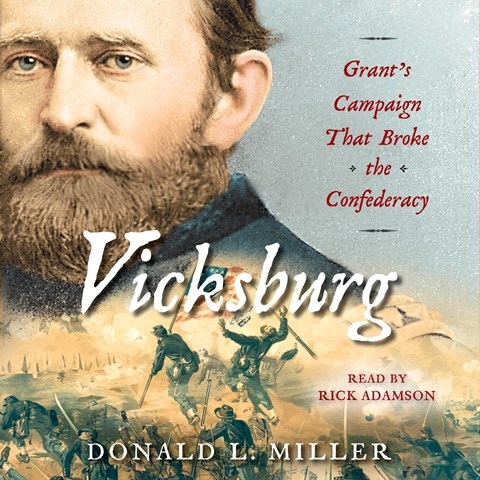 Miller makes a strong case for the capture of Vicksburg being the turning point of the Civil War--more important than the almost simultaneous Battle of Gettysburg. The audiobook starts from the point when General Grant first began planning the campaign, a year and a half before the surrender, and includes not only the military history and biographies of all the major players but also the social effects on the people in and near the paths of the armies. Narrator Rick Adamson keeps track of quotations with subtle shifts in tone and avoids a confusing multiplicity of accents. He gives us a saga of military brilliance and incompetence linked to the struggle of emancipation. D.M.H. © AudioFile 2020, Portland, Maine [Published: JANUARY 2020]