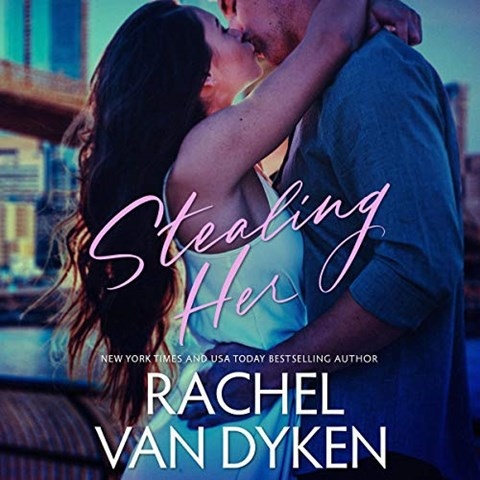 Narrators Alexander Cendese and Lucy Rivers join forces to recount the romance of Bridge and Isobel. Bridge was separated from his twin, Julian, after his parents' bitter divorce. Blackmailed by his father to take Julian's place after he is in a bad accident, Bridge ends up falling for Julian's fiancée, Isobel. Cendese takes on the story from Bridge's point of view, while Rivers handles Isobel's. Cendese does an excellent job narrating the male voices but makes the females a bit nasal. Rivers does well with both sexes. Cendese's and Rivers's portrayals of Bridge's father provide just the right touch of evil--which will have listeners rooting for his downfall. S.B. © AudioFile 2019, Portland, Maine [Published: NOVEMBER 2019]