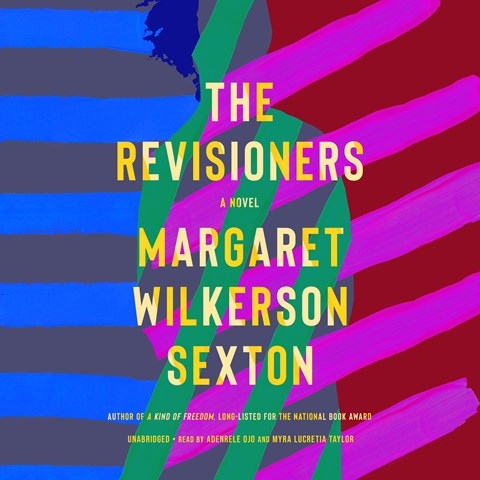 This rich audiobook features two African-American women who are connected by blood but separated by almost a century of cultural differences. Their story depicts resonant themes of trust, race, and the power of women. Narrator Myra Lucretia Taylor portrays Josephine, a slave in Louisiana who became owner of her own farm. In 1924 she recounts her memories--including those of her mother, a revisioner, or seer. Taylor delivers a sumptuous portrait of Josephine as intelligent and capable yet suspicious of outsiders, especially white ones. Adenrele Ojo narrates the chapters about Ava, a single mother in 2017 who accepts help from her unpredictable white grandmother. In a clear, contemporary-sounding voice, Ojo portrays Ava's reluctance to rely on others and her fierce protection of her son. Both narrators capture these intense characters as they blossom. N.M.C. © AudioFile 2019, Portland, Maine [Published: DECEMBER 2019]