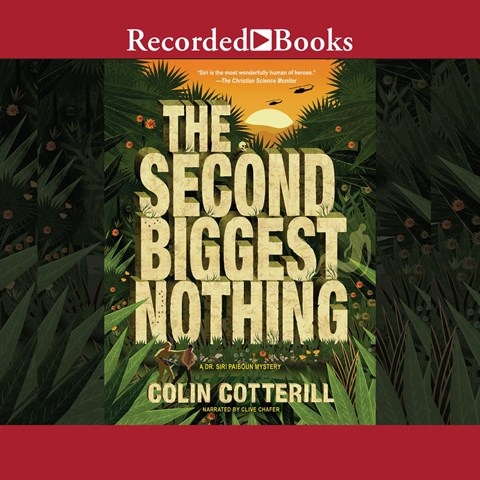 Clive Chafer's narration guarantees that listeners will be laughing out loud at Cotterill's fourteenth mystery featuring Siri Paiboun, Laos's national coroner. Siri finds a note attached to the stumpy tail of his dog, Ugly, threatening to destroy Siri and those he holds dearest. More threats follow, and people begin dying, forcing Siri to explore who in his past holds such long-lasting hatred. Chafer's performance is appropriately over-the-top as the time shifts to Siri's youth, when the eccentric young man, who is possibly possessed by a 1000-year-old shaman, was engaged in situations that might have led to his current problems. Chafer delivers an assortment of outrageous plot twists and believable characters with tongue-in-cheek aplomb. For maximum enjoyment, start at the beginning of the series. S.J.H. © AudioFile 2019, Portland, Maine [Published: DECEMBER 2019]