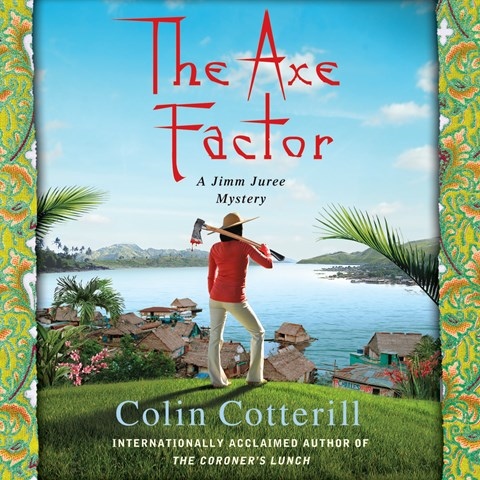 The third Jimm Juree mystery finds former big-city reporter Jimm transported, along with her family, to rural southern Thailand, where she awaits a big story to save her dying career. Narrator Kim Mai Guest captures the eccentricities of each character and the unique dynamics of the family. The most notable elements of Guest's narration include the endearing tone she uses to portray the mother's dementia-driven statements; the biting sarcasm of Jimm's transgendered sister, who rattles off advice at lightning speed on everything from love to crime solving; and the eerily calm assurance of Jimm's new British boyfriend, who hides a sinister secret. Guest does the story's climax proud with one hair-raising scene after another as Jimm waits for the axe to fall. M.F.T. © AudioFile 2014, Portland, Maine [Published: JUNE 2014]