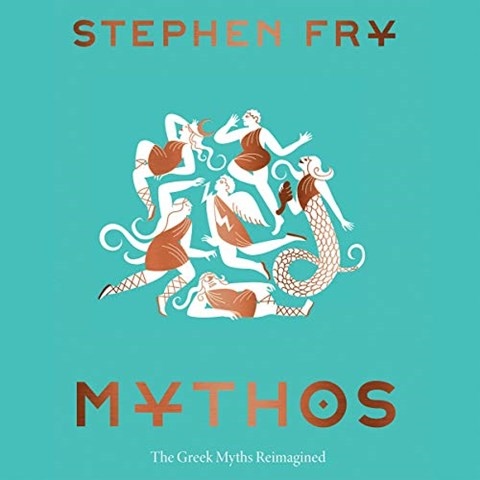 Popular British writer, comedian, and all-around gadfly Stephen Fry brings intelligence, energy, and unabashed joy to his versions of the bedrock stories of Western Civilization--Greek myths. With a storyteller's pace and a conversational tone, Fry effectively uses comic dialogue and character accents to bring out the personalities and foibles of our favorite nymphs, gods, and heroes. Besides telling the tales of Narcissus and Echo, Sisyphus, Icarus, Athena, and, of course, the angriest, craziest, and most potent of all gods, Zeus, Fry ties the stories to popular culture and present-day language--for example, the relationship between the Titan of time, Chronos, and the word "chronometer," and between Arachne the weaver and the word "arachnid." Not only an entertaining listen, MYTHOS may be the reference guide we all need for the fast-paced, fast-talking 21st century. B.P. 2020 Audies Finalist © AudioFile 2019, Portland, Maine [Published: NOVEMBER 2019]