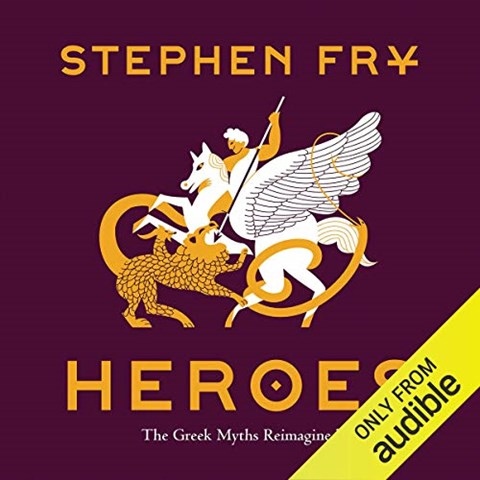 Stephen Fry's clever, plummily presented reimaginings of the ancient tales about Greek heroes is perfect for anyone who has noticed that the original stories read like soap operas on a godly scale. They specialize in eye-rolling plots full of conniving, illegitimacy, affairs, jealousy, feuds, and mistaken identities. Plus, some innocent folks whose goodness must be protected--from the gods and by the gods. In this sequel to his earlier volume, MYTHOS, Fry delivers his plain-English versions of the tales with an abundance of humor and excitement. Vivid characterizations, dramatic readings, and energetic pacing abound as we voyage with Jason, Oedipus, and more. While the result might be too over-the-top for some, it's done with appreciation and, despite the frequent sex, would be excellent family listening. A.C.S. © AudioFile 2020, Portland, Maine [Published: JUNE 2020]