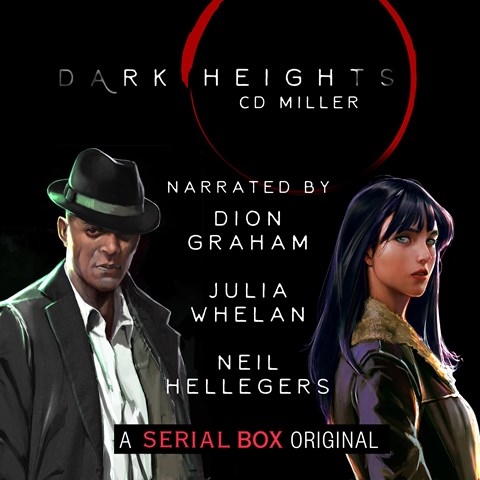 Julia Whelan's, Neil Hellegers's, and Dion Graham's narrations create an eerie world in this horror fantasy series. Park Heights holds secrets that slowly unfold in 16 episodes showcasing an array of characters--some with magical powers and others who are young social misfits coming into their own sense of self. Graham convincingly portrays a world-weary mage who is tied to a sarcastic young and rich Watcher named Linna. Whelan's depictions of Linna and other female characters are distinct in personality. Her skillful changing of tones brings the characters to life. Hellegers plays a number of well-differentiated characters who shape the multiple storylines. Sound effects like music, outdoor rustlings, and much more create the suspense in CD Miller's first novel. T.E.C. © AudioFile 2020, Portland, Maine [Published: JANUARY 2020]