Home»Reviews»THE BURGLAR ON THE PROWL 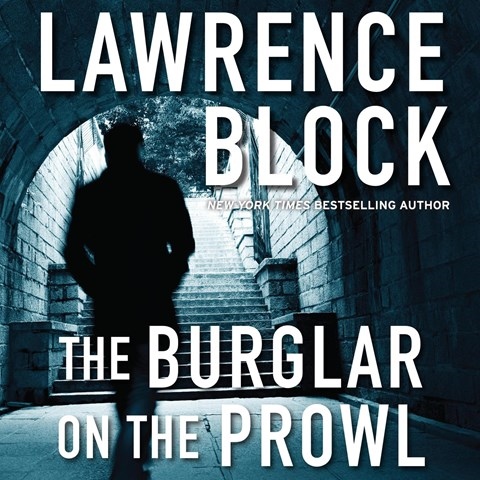 THE BURGLAR ON THE PROWL

In Bernie Rhodenbarr, Lawrence Block has created a likable burglar with a heart of gold. Rhodenbarr returns in the tenth book in the series; this time the bookseller thief falls in love with a woman whose apartment he had intended to rob before she became a victim of date rape. Bernie also finds himself potentially implicated in four murders and tries to solve the crimes himself. With a surprise ending, Burglar is solid and enjoyable. Block clearly enjoys reading his whodunit, and his raspy, almost whiny, voice somehow fits the novel. While Block's fans will not be disappointed, they may need to take notes to figure out who everyone is in this choppy abridgment. D.J.S. (c) AudioFile 2004, Portland, Maine [Published: AUG/ SEP 04]