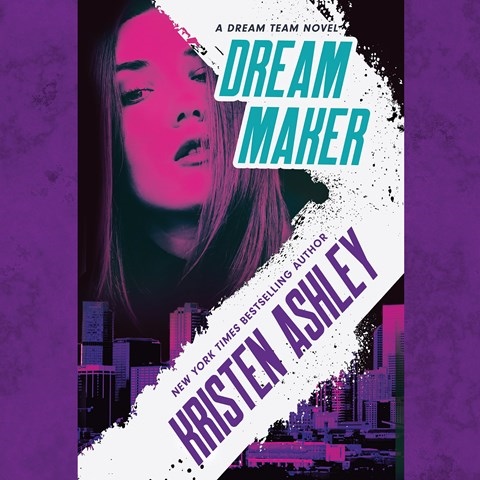 Narrator Susannah Jones brings joyful wonder to Evie, who sees her dysfunctional family through rose-colored glasses. Evie's first date with Danny Magnusson is interrupted when her imprisoned brother asks a favor that involves Denver's criminal underworld. There's trouble on the horizon, but Danny, a former commando who falls for Evie's sweetness and loyalty, can help. Jones plays up the contrasts in Evie--naïveté about her family's depredation and sassy smarts that keep Danny off-kilter. Danny's voice sounds deeper, tougher, and much more abrupt, a delivery that fits his guarded personality. Numerous characters from Ashley's other series make cameos, and Jones differentiates voices clearly. With swift pacing and a pseudo-argumentative tone, Jones evokes Evie's hilarious conversational style. This is a fun romp with an invested narrator. C.A. © AudioFile 2020, Portland, Maine [Published: JULY 2020]