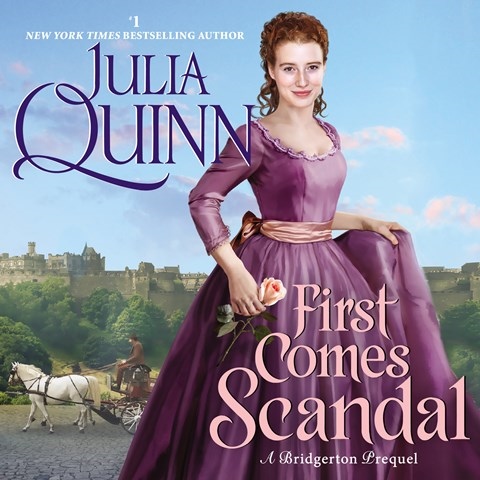 Listeners find themselves in England during the late 1700s in this entertaining romance narrated by Rosalyn Landor. Nicholas Rokesby finds himself called home from medical school to marry friend and neighbor Georgiana Bridgerton, who has found her reputation ruined through no fault of her own. Landor's dry tones will have listeners chuckling over the antics of the two butlers from Nicholas's and Georgiana's households. Landor brings alive Georgiana's howling cats as she and Nicholas travel by carriage up to Scotland, allowing listeners to easily envision the chaos. Character portraits run the gamut from the lower-class servants to the upper-class protagonists and the childishness of Georgiana's young nephews, providing listeners with a fun-filled listening experience. S.B. © AudioFile 2020, Portland, Maine [Published: MAY 2020]