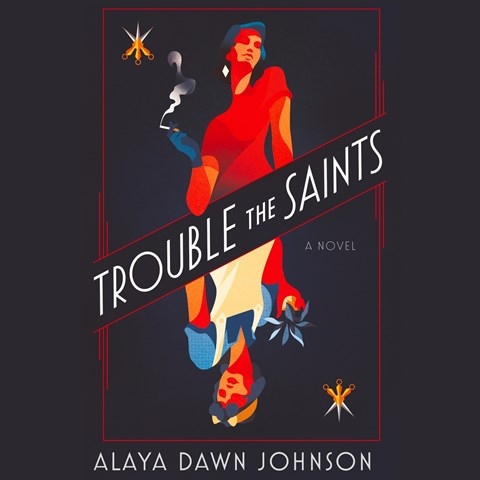 Narrators Shayna Small and Neil Shah transport listeners to 1940s New York in this dark fantasy set against a backdrop of racial tension and brewing war. In a world in which people of color are sometimes born with magical powers that manifest through their hands, three characters struggle to survive in the city's seedy underbelly. Small portrays Phyllis, a Black woman whose hands make her a master assassin. Small's low, compelling voice perfectly captures all of Phyllis's doubts and passions. Shah is equally outstanding as her lover, Dev, an Indian man whose hands sense threats. His tone is lighter and often tinged with longing and humor. Both narrators also excel at a range of accents, making this audiobook a fully immersive experience. L.S. © AudioFile 2020, Portland, Maine [Published: AUGUST 2020]