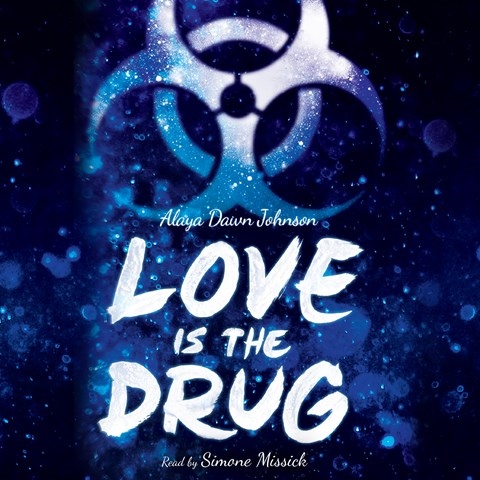 LOVE IS THE DRUG

Simone Missick narrates in a low, serious tone that befits this thriller in which a deadly flu pandemic is spreading across the globe in the near future. At the same time, Emily Bird comes out of a coma with holes in her memory after being drugged at a party. Missick creates a tentative voice for Bird as she tries to piece together what happened to her and begins to uncover a conspiracy that involves the government and her largely absent parents. Missick's precise enunciation speaks to the privileged air of Bird's Washington, DC, prep school world, and her subtle but clear distinction between voices furthers character development. The combination of intrigue, drama, action, and romance will engage listeners. A.F. © AudioFile 2015, Portland, Maine [Published: APRIL 2015]