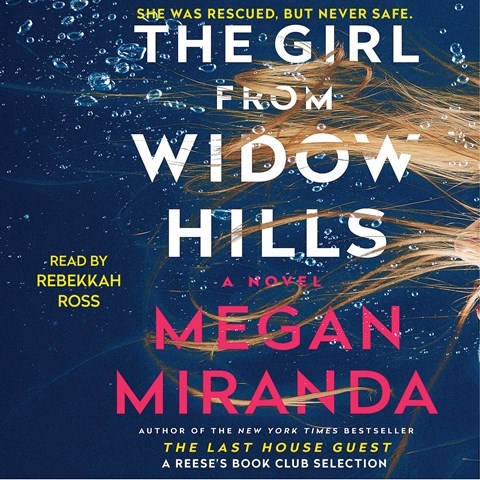 THE GIRL FROM WIDOW HILLS

Narrator Rebekkah Ross handles Megan Miranda's latest mystery with maximum intensity. Swept away while sleepwalking during a storm, 6-year-old Arden goes missing for three days. Upon her return, she becomes a reluctant celebrity, receiving letters from well-wishers and a flurry of attention from the media, along with an assortment of gawkers, stalkers, and creeps. Eventually, she grows up and moves; changes her name, becoming Olivia; and tries to disappear into a new life. Ross's tones of tenuousness and uncertainty are just right for Liv, who can't remember details of her three days of trauma. As the twentieth anniversary of her disappearance looms, Liv's stress level soars. She begins sleepwalking again. One night she stumbles across a body in her backyard. Ross ratchets up the tension, adding urgency and immediacy as the drama increases. Surprises and secrets abound. S.J.H. © AudioFile 2020, Portland, Maine [Published: JUNE 2020]