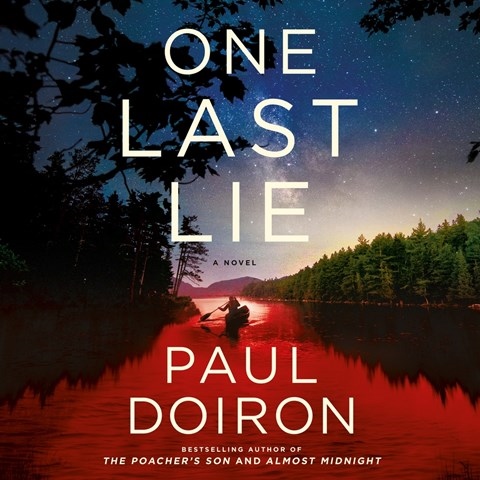 Maine warden Mike Bowditch, the featured character in Doiron's series, tries to help the father figure in his life as he wends his way through the woods to find closure on an old case. There's no question that Henry Leyva's outstanding narration enhances this audiobook. The various nuanced accents he delivers--from New England to French--play a key role in the story. Leyva navigates them all wonderfully, and in doing so, gives personality to the characters. Place can be a protagonist in a print book, and accents, like those in this mystery can be just as important for an audiobook. As Bowditch tries to help his pal, Charley, he also balances two other relationships. Leyva shapes the story's well-drawn characters, who also include an angry girlfriend, an ornery former warden, and several criminal suspects. M.B. © AudioFile 2020, Portland, Maine [Published: AUGUST 2020]