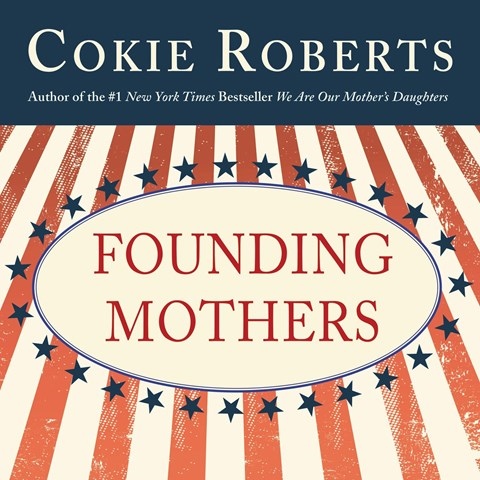 FOUNDING MOTHERS The Women Who Raised Our Nation

Finally, an account of the essential roles American Colonial women played as 13 British colonies became the United States of America. The author’s unique political background and her political reporting expertise--her mother and father were members of Congress, and her sister was mayor of Princeton, New Jersey--serve her well. Combining new and invaluable historical information with wry asides (no one conveys more with a one-word commentary), Roberts makes historical figures become real people, sometimes flawed but immensely heroic. Abigail Adams stars, and Martha Washington shines as an admirable woman whose financial and emotional support of her husband just may have made all the difference. While the Colonial music at each CD’s beginning becomes annoying, this audiobook delights as it increases our historical knowledge of this crucially important era. L.C. © AudioFile 2004, Portland, Maine [Published: AUG/ SEP 04]