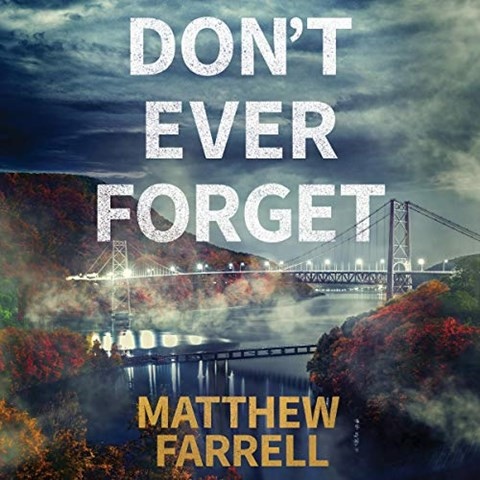 Narrator Cynthia Farrell has her work cut out for her with the number of characters that drive this complex plot. While Farrell masterfully performs male and female characters, her choice of a deeper voice for Investigator Susan Adler makes it challenging to differentiate her from the male characters. The story is about the mysterious disappearance of an Alzheimer's sufferer named James Darville, who played a role in the murder of several children decades ago. Interspersed between the scenes of the investigation and the actions of the kidnappers are transcripts read by James himself during his moments of clarity. The twists and turns will have listeners continually questioning whom to believe. E.Q. © AudioFile 2020, Portland, Maine [Published: AUGUST 2020]