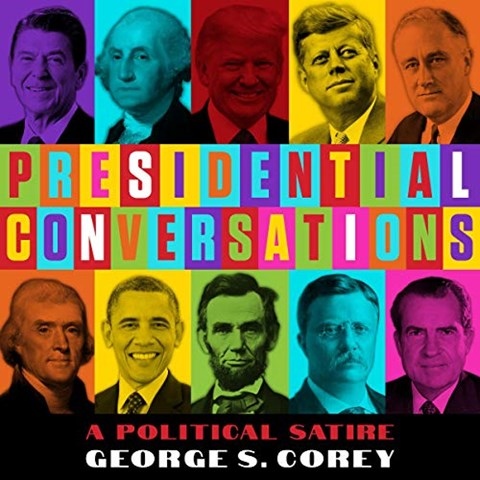 In this comic vamp on "A Christmas Carol," with Donald Trump standing in for Ebenezer Scrooge, Broadway stalwart, Stephen DeRosa, puts on a one-man show giving voice to 18 of our 44 past presidents. It's as much a rapid-fire, cautionary history lesson as it is a searing satire. The ghosts of presidents-past arrive one by one (except for Harding, Coolidge, and Hoover, who show up together as a singing trio) to give Trump a little hard-won wisdom and friendly advice while he's taking a nap. DeRosa does a fine job mimicking the voices of those we all know--Reagan, JFK, and Trump himself--but it's the vocal choices for Washington (a British accent) and Jefferson (a Southern accent) that give this spirited spoof a creative edge. B.P. © AudioFile 2020, Portland, Maine [Published: DECEMBER 2020]