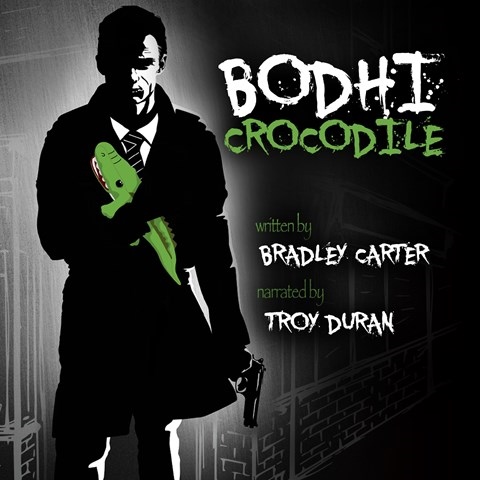 Troy Duran commendably narrates a story that is gritty and brutal but also tender and heartwarming. Listeners meet Freddy Gordon, who invites a childlike, mute man who sits outside his restaurant to come in. As the man eats, Gordon notices his fascination with an arcade game machine prize, which he wins, earning the nickname "Crocodile." Duran sensitively portrays an array of regular customers ranging from a compassionate nurse to a kindhearted thug. Alvy, Gordon's son, is a vicious hit man who cares for Bodhi Crocodile like a son. Duran's flawless delivery keeps Bodhi Crocodile center stage despite his muteness. When violence erupts, his gentleness is a balm. The well-realized characters, riveting plot, and masterful delivery make audio a must. S.G.B. Winner of AudioFile Earphones Award © AudioFile 2021, Portland, Maine [Published: FEBRUARY 2021]