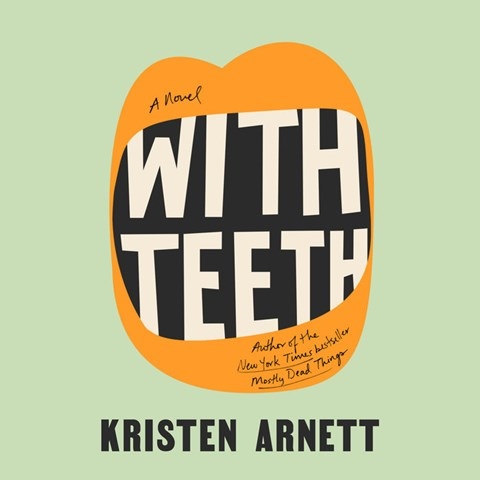 Sammie, the protagonist of this audiobook about motherhood and marriage, is deeply unhappy. Narrator Kristen Sieh pours all of that malaise into her voice, which makes for an unforgettable, though often infuriating, character. Listeners get a front-row seat as Sammie's relationships with her wife, Monika, and son, Samson, become increasingly strained. In every scene, Sieh's voice perfectly mirrors Sammie's emotional state. It rings with pent-up anger in a confrontation with Samson and turns into a desperate whine during a fight with Monika. She voices Sammie's internal monologues with a quiet resignation that reflects the interiority of this novel. The complexity of Arnett's characters paired with the nuance of Sieh's narration makes for an audiobook about contemporary queer life that is riveting, sometimes comic, and unsettling. L.S. Â© AudioFile 2021, Portland, Maine [Published: JUNE 2021]