Home»Reviews»KILLERS OF THE FLOWER MOON: ADAPTED FOR YOUNG READERS 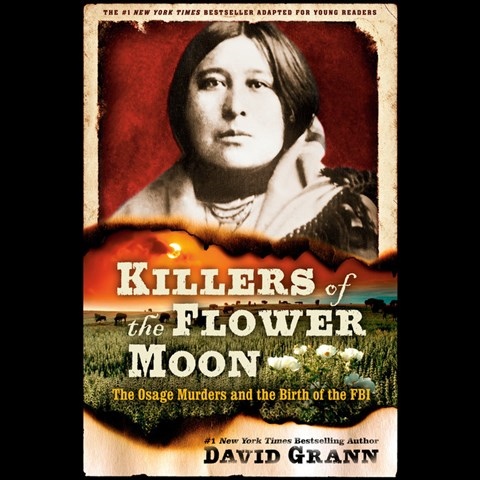 KILLERS OF THE FLOWER MOON: ADAPTED FOR YOUNG READERS The Osage Murders and the Birth of the FBI

This gripping nonfiction makes a story of history. Kyla Garcia narrates the first section, imbuing facts with feelings while describing the "Osage Reign of Terror," a chilling series of murders and outrageous white oppression of oil-rich Osage Native Americans in Oklahoma in the 1920s. In the second section, narrator Jon Lindstrom's deep and gravelly voice fits the perspective of John White, an investigator in the early days of the FBI. He captures White's frustration as he struggles to unearth culpability for many of the Osage murders and the corruption behind them. Joe Ochman narrates the final third, the present-day viewpoint of a journalist who unearths further criminal connections with the benefit of technology as he struggles to capture the past. S.W. Winner of AudioFile Earphones Award © AudioFile 2021, Portland, Maine [Published: DECEMBER 2021]