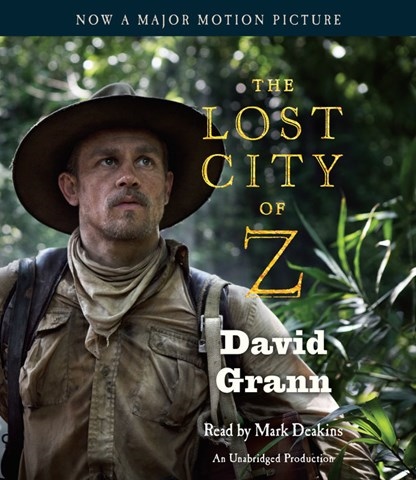 THE LOST CITY OF Z is a fascinating journey into the heart of the deepest, darkest Amazon. It will shatter the illusions of anyone who believes the interior of the rain forest is a kind and gentle place. Narrator Mark Deakins tells the story, in all its horrifying detail, of generations of explorers seeking the mysterious city of Z in the unforgiving jungle, starting with the exploration of British adventurer Percy Fawcett in 1925 as he sought evidence of a once-mighty culture in the forbidding jungle. He and his party were never to return. That and the subsequent follow-up expeditions are a triumph of storytelling. Romantic notions of paradise are quickly shattered by descriptions of insects, animals, and plants that inflict pain, disease, and death on intruders. M.S. © AudioFile 2009, Portland, Maine [Published: MAY 2009]