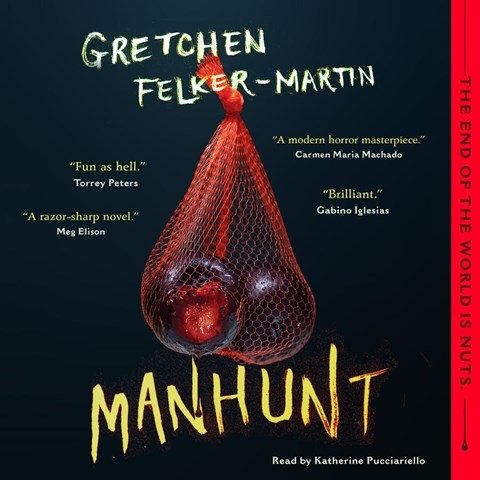 Narrator Katherine Pucciariello delivers an imposing performance in this postapocalyptic story in which the entire male population has turned feral. Beth and Fran, both trans women, hunt men down and harvest their organs. They team up with Robbie, a trans man, in order to survive and avoid the murderous impulses of trans-exclusionary radical feminists. Pucciariello adopts some accents to capture the story's New England setting but doesn't always consistently differentiate voices. There are also a few noticeable edits in the production. However, Pucciariello's strongly delivers scenes of graphic violence and erotic passion. Briskly paced, this audiobook demands one's attention from the very first minute. A.K.R. © AudioFile 2022, Portland, Maine [Published: MARCH 2022]