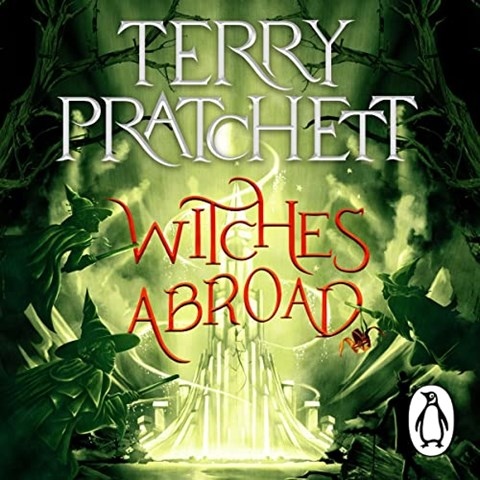 This highly amusing audiobook, primarily narrated by Indira Varma, introduces listeners to Magrat, a godmother-witch who must stop the servant Emberella from marrying the prince, which (surprisingly) would destroy the kingdom. But Emberella’s fate becomes twisted by a witch who will do whatever it takes to achieve the proper fairy-tale protocol of a happy ending. So Magrat will need the help of two other godmother-witches to head off Emberella from the prince. Occasional footnotes are narrated by Bill Nighy, and Death is candidly voiced by Peter Serafinowicz. With the combination of Varma’s distinct British voices for youthful Magrat, gentle Nanny Ogg, and curmudgeonly Granny Weatherwax, listeners will find themselves thoroughly engrossed in the author’s renowned Discworld series. A.K.R. Winner of AudioFile Earphones Award, 2022 Best Audiobook © AudioFile 2022, Portland, Maine [Published: AUGUST 2022]