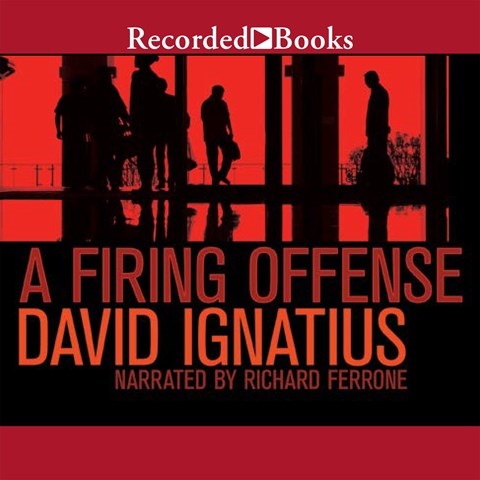 A FIRING OFFENSE is an uncomfortably real story about Eric Truell's journalistic adventures as he tiptoes upon the thin ice that separates his professional commitment from the apparently noble needs of the CIA. Written in the first person, this narrative is right up Richard Ferrone's alley. A dark alley it is. Ferrone's strength is that he limits his efforts to what he does best and never tries to mimic other audio readers who create separate voices for all of the characters. He just tells the story in that wonderfully determined voice. Each word is pronounced completely, with crisp delivery and intonation. The result is a penetrating presentation that adds value and dimension to Ignatius's work. Words zing like bullets methodically fired from an automatic weapon. All of them hit the bull's-eye. T.J.M. Winner of AUDIOFILE Earphones Award ©AudioFile, Portland, Maine [Published: JUN/JUL 99]