Home»Reviews»TOMB OF THE GOLDEN BIRD 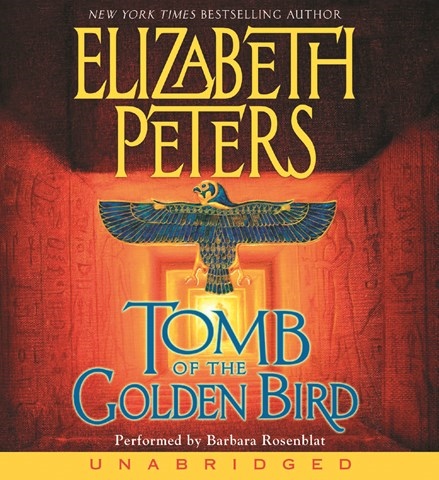 TOMB OF THE GOLDEN BIRD

The Elizabeth Peters/Barbara Rosenblat audio enterprise seems to gain panache with each outing, since Amelia Peabody and her extended family of Egyptologists are tailor-made to display Rosenblat’s talent for drama and dazzling gift for accents. In this installment, an aural bazaar of characters is in play as a somewhat peevish Howard Carter makes the find of the century, the unplundered tomb of King Tutankhamen, while the Emerson-Peabody clan watches in envy from the sidelines. Emerson’s black-sheep brother, Sethos, turns up with malaria and a stolen coded document; his estranged wife, Margaret, follows, but Amelia kidnaps her. Half the characters are plotting to rob Tut’s tomb, the other half to overthrow the government; chaos reigns, but Rosenblat is droll, sly, witty, and in complete control. B.G. Winner of AudioFile Earphones Award, 2007 Audies Award Finalist © AudioFile 2006, Portland, Maine [Published: AUG/ SEP 06]