Home»Reviews»HARRY POTTER AND THE DEATHLY HALLOWS 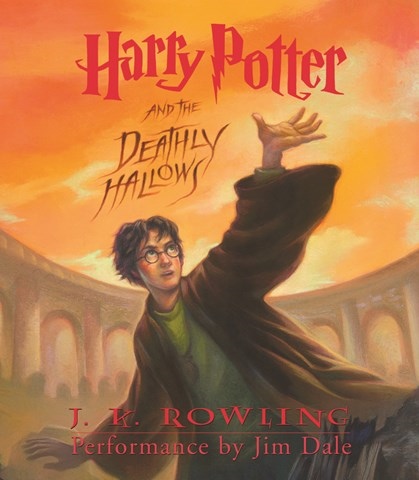 HARRY POTTER AND THE DEATHLY HALLOWS

There’s only one word that can describe Jim Dale’s work on HARRY POTTER AND THE DEATHLY HALLOWS—“magical.” Few audiobook narrators can stretch the medium like Dale as he interprets more than 200 characters, giving each a distinctive voice. Giants, wizards, elves, witches, centaurs, and muggles have singular voices that are instantly recognizable. It’s hard to imagine anyone else doing justice to J.K. Rowling’s brilliant finale to the story of the boy wizard as he conquers fear and turns into a man. Dale has raised the bar on audiobook interpretation so high it’s hard to imagine any narrator vaulting over it. If anyone were going to make a case that listening to an audiobook is superior to reading it, this book would be the best evidence. Bravo. M.S. Winner of AudioFile Earphones Award, AudioFile Best Audiobook of 2007, 2008 Grammy Nominee © AudioFile 2007, Portland, Maine [Published: OCT/ NOV 07]