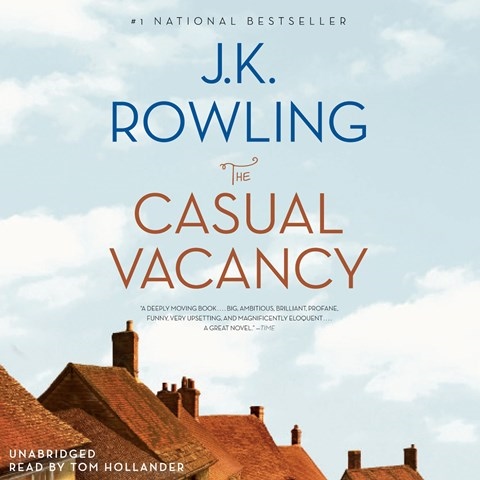 We knew she had it in her—the dark side that invented Voldemort and an unspeakable evil to torment the heroic youths at Hogwarts. And now J.K. Rowling has turned that side to a new genre—psychological suspense for adults. When a town councilman dies unexpectedly, the ensuing election pits warring factions against each other. Rowling punctures the quaint facade of the pastoral town of Pagford as she delves deeply into a class-conscious spectrum of characters—their emotions, cultural imprints, and self-centered motivations. Tom Hollander deploys many memorable British accents, male and female voices, and tones of youthful angst in an array of internal and verbalized dialogues. His thoughtful pacing contributes shrewdly to the building tension and the harsh realities of poverty and powerlessness. A.W. © AudioFile 2012, Portland, Maine [Published: OCTOBER 2012]