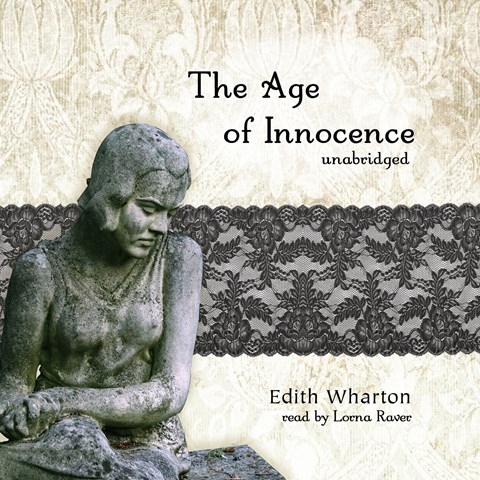 THE AGE OF INNOCENCE

Eighty-five years after it won the Pulitzer Prize, Edith Wharton’s romantic novel remains as intriguing and captivating as ever. Unfortunately, its slow pace as it depicts turn-of-the-century New York will deter many of today’s readers. For this reason, this audio edition is a delight. By what seems to be some magic trick or secret ingredient, Lorna Raver manages to present distinctive and perfectly modulated voices for over a dozen characters. Some audio publishers might have been tempted to use multiple narrators. But Blackstone has enough faith in the words and pace of the novel itself to trust that this extremely perceptive single reader has all the tools she needs. Raver is not yet a household name in audiobooks, but she should be. R.R. Winner of AudioFile Earphones Award, NEA Big Read Selection, 2009 Audies Finalist © AudioFile 2008, Portland, Maine [Published: JUN/ JUL 08]