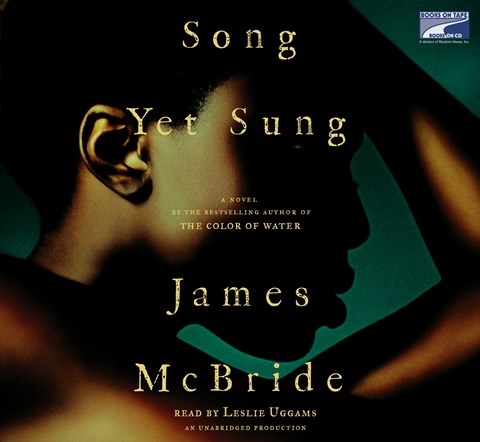 At the core of this powerful story of a runaway slave trying to survive along Maryland's eastern shore in the 1850s is a literary device that fails to persuade. Liz Spocott is called "two-headed" because she has futurist dreams—like clips from our nightly news—of the future of blacks in America, including visions of a great preacher who also has a dream. Liz's own short life among slavers; slave catchers; a fabled runaway slave gone feral, called the Woolman; and Moses, a Harriet Tubman figure, is compelling enough. It may be that the whole construct doesn't quite come together because the usually wonderful Leslie Uggams rarely finds the right tone here, overdramatizing as if performing for restive children, diverting attention from the story to the performance. B.G. © AudioFile 2008, Portland, Maine [Published: JULY 2008]