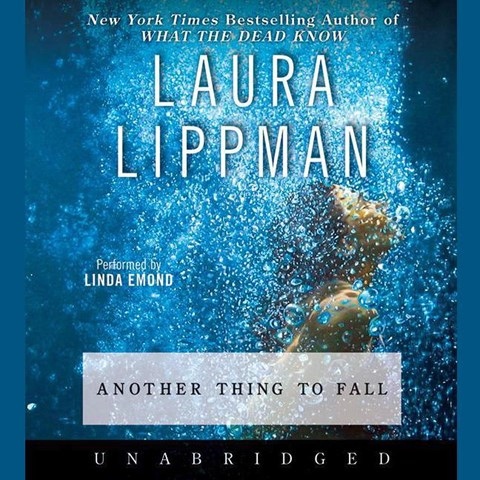 ANOTHER THING TO FALL

Linda Emond has her Baltimore accents down, which means she brings delightful texture to Lippman's P.I. Tess Monaghan mysteries, which are so city-specific. When Tess rows her scull into the middle of a dawn film shoot for one of Baltimore's many television series (two of the best real ones are created by Lippman's husband) she winds up employed by the producer to find out who is sabotaging the production. The background is drawn with an insider's assurance; the plot is full of Lippman's trademark Baltimore characters, often funny and usually twisted in some unexpected way. Emond does a particularly crafty job with the Britney/Lindsay superbrat star, Selene, who turns out to be much more than meets the eye; but it's all voiced with subtlety and wit. Great fun. B.G. © AudioFile 2008, Portland, Maine [Published: AUGUST 2008]