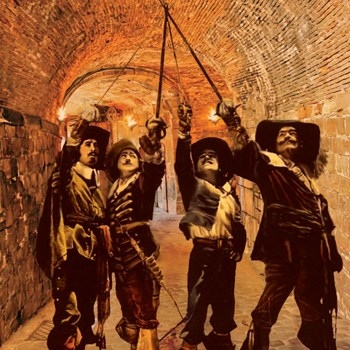 Of course you've heard of THE THREE MUSKETEERS, but did you know that it's really funny, as well as replete with romance and adventure? John Lee does, and his narration plays up all three attributes to great effect. For those who need a reminder, Dumas's classic adventure presents the escapades of three of King Louis's musketeers, Athos, Porthos, and Aramis, plus D'Artagnan (a musketeer in training) as they foil a few of Cardinal Richelieu's many devious plots. Amid much swordplay, they actually utter the famous line: "All for one and one for all." Lee struggles a bit with accents and characterizations early in the production. His hesitations disappear after a few chapters, however, and he gives fine voice to the rest of the madcap tale. A.C.S. © AudioFile 2009, Portland, Maine [Published: MARCH 2009]