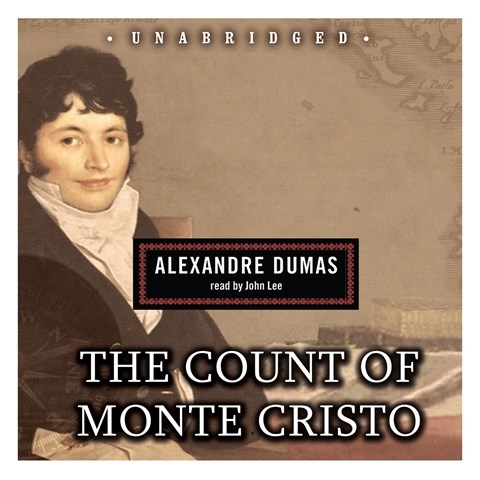 THE COUNT OF MONTE CRISTO

Edmund Dantés returns from a sea voyage expecting to marry his betrothed. But a trio of jealous compatriots frames the innocent man, who goes to prison for 14 years. His subsequent acts of vengeance form the majority of Dumas’s story. John Lee imbues this classic with exactly the right balance of solemnity and compassion. His light accents for characters of various nationalities give them individual personalities without overdoing them in the slightest. Lee works with Dumas's text to give each character complexity and emotion. The listener regrets the story's end, wishing to live with Edmund and his adventures just a little longer. R.L.L. Winner of AudioFIle Earphones Award, 2009 Audies Winner © AudioFile 2008, Portland, Maine [Published: NOVEMBER 2008]