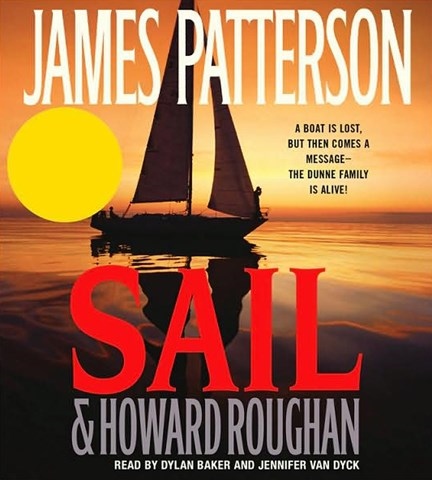 Katherine Dunne plans a sailing trip with her three kids as a way to bring them closer. But from the beginning, the trip is fraught with danger in the form of mechanical malfunctions, storms, and other seemingly random problems. Katherine and the children work together to overcome adversity on the seas. The suspenseful tone is captured well by the production’s pair of narrators. Dylan Baker excels, in particular, with a snarky, whiny tone and a deeper, slightly raspy voice for the two evil plotters. Jennifer Van Dyck varies the pitches for Katherine's children. While the narrators do a fine job overall, the book's sole problem is an organizational one. Several characters are voiced at different times by each narrator. For consistency's sake, that could have been avoided. But it doesn't mar the listener's enjoyment. M.B. © AudioFile 2008, Portland, Maine [Published: AUGUST 2008]