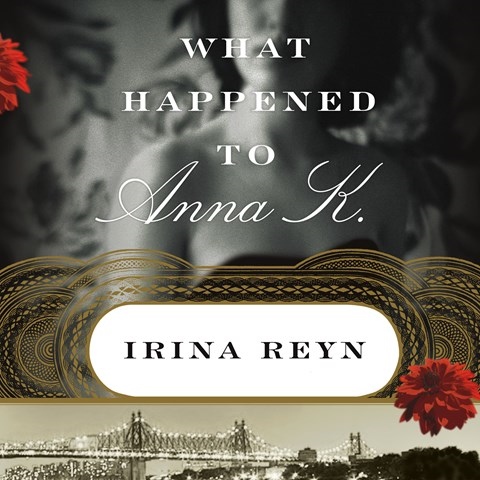 WHAT HAPPENED TO ANNA K.

Karen White brings sensitivity to Irina Reyn's modern retelling of ANNA KARENINA. Her empathy is helpful—as protagonist Anna K. can be as infuriating as Tolstoy's original. Amid the Russian-Jewish community of current New York, Anna K. attempts to enliven her life with an affair that threatens to destroy those around her. For the most part, the plot works well. White has a cool, pleasant tone that helps calm the over-the-top emotions of the story, and she reads crisply, moving the story along. One wishes that she had a greater vocal range, as her pitch is rather high throughout. Nonetheless, this is a dramatic, emotional, and well-read book. A.C.S. © AudioFile 2009, Portland, Maine [Published: JUNE 2009]