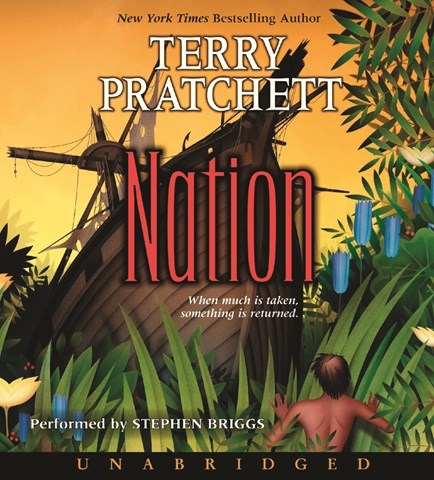 After a giant wave has hit his home island, Mau returns from the rituals for transitioning from a boy to a man to find that everyone has been washed away. Along comes Daphne, who was washed ashore after the ship on which she was traveling was caught in the same wave. Narrator Stephen Briggs deftly acts as guide as the building of a new nation begins in a time like the nineteenth century in a place like those on the edges of the British Empire. Briggs adopts a tone of fun without resorting to outrageous hilarity and thus preserves the satire, and the overall sweetness, of the story. He preserves the proper British manners of Daphne's father, who has now become king and whose position allows him to finally put his mother in her place. J.E.M. 2009 Audies Finalist © AudioFile 2008, Portland, Maine [Published: OCTOBER 2008]