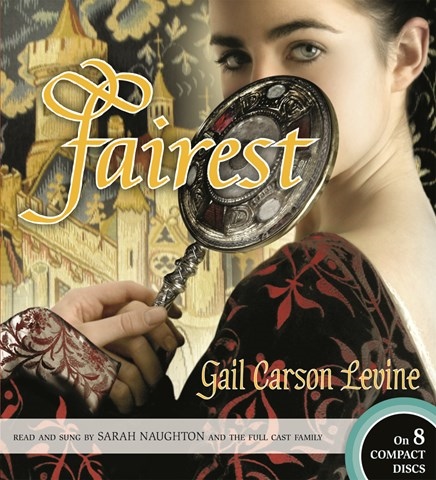 What fun! A full-cast audio production is a great vehicle for presenting this fairy tale. Set in a land where writing songs and singing them is a highly admired skill, the story offers a combination of singing and speaking roles for a rich cast of characters. The skilled cast makes the most of their roles and appears to be having great fun. Enchanting melodies that range from the simple to the complex are provided by Todd Hobin. Sarah Naughton plays Aza, the homely and common maid with the uncommon voice. In typical fairy-tale fashion, she finds herself in precarious circumstances among the king, queen, handsome prince, nobles, and gnomes. Naughton’s portrayal fully captures the paradigm of the sweet and unassuming girl who tries to please everyone she meets. J.E.M. Winner of AudioFile Earphones Award, 2009 Audies Finalist © AudioFile 2008, Portland, Maine [Published: NOVEMBER 2008]