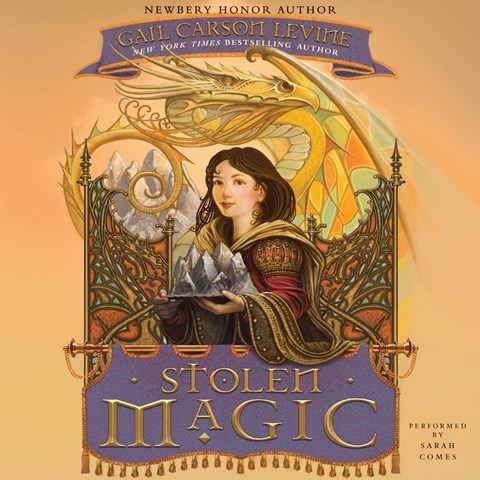 Thanks to narrator Sarah Coomes's steadfast characterizations, listeners can distinguish the varied characters in the second journey of young Elodie; the dragon detective, Meenore; and the shape-shifting ogre, Count Jonty Om. Snowbound and faced with the possibility of destruction to her homeland by a volcanic eruption, Elodie finds that her powers of induction, deduction, cleverness, and common sense come to the rescue. Coomes's vocal switches seem effortless. As Elodie moves between being an inquisitive character in the story and being its confident first-person narrator, Coomes pulls the listener in. A.R. © AudioFile 2015, Portland, Maine [Published: JUNE 2015]