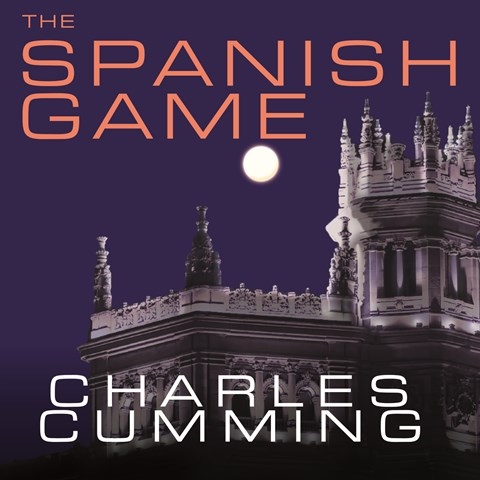 A spy novel based in Europe could find no better friend than narrator Simon Vance. He deftly navigates the variety of accents and plot twists in this thriller, set in Spain and featuring Alec Milius, who becomes entangled in a dirty war between political factions. Tedious fact-finding in the first part of the novel gives way to a horrific sequence in which Milius is captured and tortured by terrorists. Vance shines here, portraying the pain, regret, and desperation Milius feels with an intensity that is frighteningly realistic. Let’s hope that Cumming has more in store for Milius and that Simon Vance continues as narrator. R.O. © AudioFile 2009, Portland, Maine [Published: APRIL 2009]