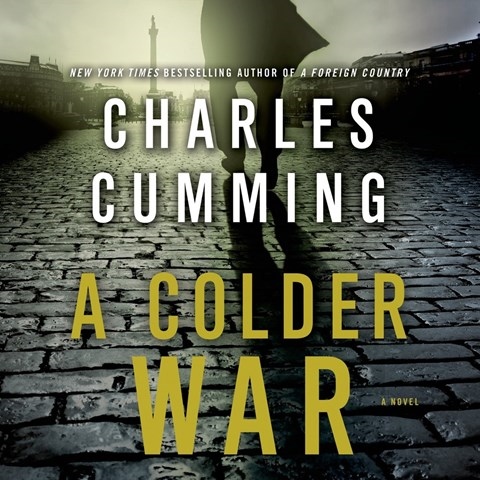 Set in the contemporary world of international espionage, this audiobook follows the investigations of disgraced MI6 spy Thomas Kell as he attempts to identify a mole who is leaking intelligence to the Russians. Jot Davies's measured narration conveys perfectly Kell's world-weariness and the often repetitive boredom of life in the modern intelligence community. Davies portrays both Kell and the female lead characters with professional ease. With the story moving through Turkey, Eastern Europe, and London, a variety of accents come into play, and these are handled convincingly to accentuate the authentic atmosphere that the narration creates. Despite some common, perhaps clichéd, spy novel themes, this audio production ensures that Cumming's story always feels fresh and compelling. K.J.P. © AudioFile 2014, Portland, Maine [Published: OCTOBER 2014]