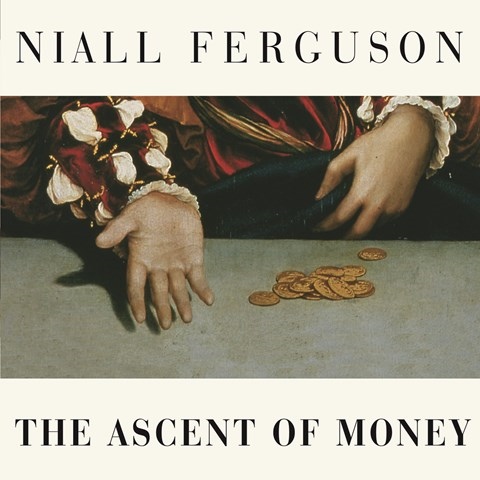 THE ASCENT OF MONEY A Financial History of the World

Who knew there was a financial subtext to MARY POPPINS? Niall Ferguson—apparently—who explains that the children's classic makes the important point about banking that a bank's success is based on a fragile faith. And it's that same faith—in coins, in paper, and now in virtual banking—that lets us believe that money exists even though we don't much see it anymore. Written before the current downturn, yet seeming to predict it, the book explains that the popping sound you hear is when the “belief bubble” bursts (and Ferguson profiles some massive bubble makers). Narrator Simon Prebble moves along this metaphysical history of dinero with command, authority, and a BBC accent. His tone and timing add an element of class to the project. It’s sort of like sitting in on a really fab Oxford lecture. R.W.S. Winner of AudioFile Earphones Award, 2010 Audies Finalist © AudioFile 2009, Portland, Maine [Published: JANUARY 2009]