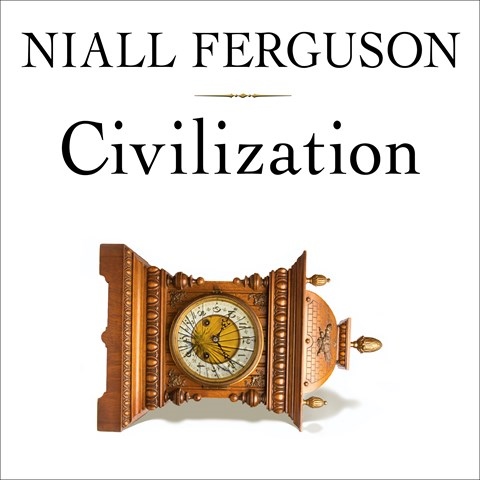 CIVILIZATION The West and the Rest

Ferguson offers historical perspectives on what he describes as the largest unit by which we can understand human culture: civilization. He seems to vacillate between admiring the efficiencies of colonialism while decrying its domineering effects. His reading delivers both sides of his argument in an engaging manner. Going back to the fifteenth century, he identifies the cultural phenomena (science, medicine, the concept of competition, and more) of the West that allowed it to dominate other cultures—until now, that is. Ferguson tells the story of the rise of the West at a peppy pace. His crisp British accent has an authoritative aura in spite of his conversational tone. Overall, his delivery makes a complicated analysis sound like an armchair discussion with a favorite professor. M.R © AudioFile 2011, Portland, Maine [Published: NOVEMBER 2011]